A Night at the Races

What does the package include?

Gareth Campton to host and compere the races and your evening

Master of bookies who will help your volunteer bookies on the night, they will crunch the odds before each race.  (We do not handle your cash)

Complimentary Disco with Gareth Campton to top and tail the night.

Every race meeting needs a programme, so we recommend you sell it as follows.

8 races each needing a corporate sponsor, you sell these for a fee.   For this fee the sponsor gets their company logo and a small write up on their business in the programme, a horse in their race on which to compete with. This enables them to not only compete for the bubbly, but also have the chance to bet on themselves.

That leaves another 49 horses (races 1-7) to sell at a small fee each eg. £5. The horse owner gets to name their horse and get their own name in the programme as well as actually competing.

Race 8 can then be sold on the night for a fee (we suggest £20 per horse, the winning jockey gets £100 the charity gets £60). Your charity will then also have betting profit on that race.

What Happens on the night…

We advise a 9-1pm night with the first race of at 9.45pm. This gives people time to arrive have a few drinks and be entertained by Gareth whilst getting an overview how the evening works including a few practise races. We will run through the 8 races usually in just under 2 hours.

Straight after race 8 we will open the Kentucky derby up to anyone who wants one last flutter. We get as many racers as we can per race charge them £1 and work on 50s for payout. (i.e 8 racers= £8 charity gets £4 winner gets £4) This is one last way to get a few pounds for the charity.

After the races Gareth Campton will keep you entertained with songs from the 60s to current day and help with any other money raising events you may have such as ballots or charity auctions. 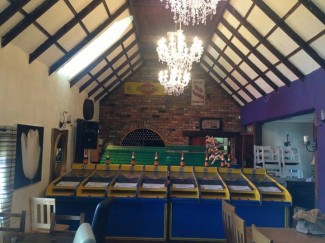 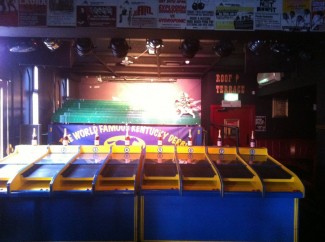